Today Mark Dillon, founder of Bio Med Sciences, was presented with an award for “Distinguished Achievement” by Charles Edmonson, the President of Alfred University.  Mark graduated from Alfred in 1987, the same year he started Bio Med Sciences.  The award was presented 20 years (less by one day) from the date that Bio Med Sciences was founded.  Mark’s work with biomaterials began at Alfred where he studied Ceramic Engineering.  His first patents, which were the impetus for starting the Company, were a result of his senior thesis project.  Mark’s story was featured in a 2006 article in Alfred Magazine which further describes the history of Bio Med Sciences and how attending Alfred University was a key event for Mark (click here for a pdf). 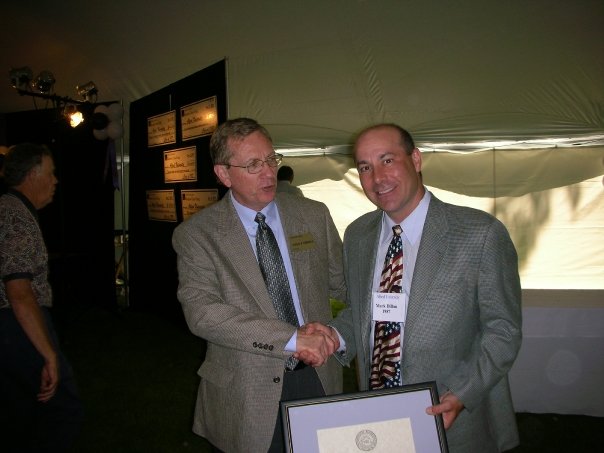